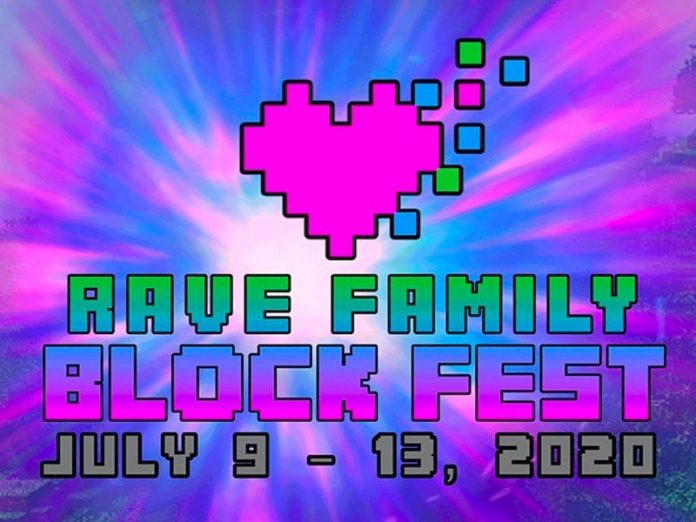 The world’s largest virtual music festival is coming to Minecraft this week. Previously referred to as the ‘Electric Blockaloo’, the event was originally scheduled for last month but has since been not just rescheduled but re-named as well. The Rave Family Block Fest is set to feature over 950 artists performing live over multiple days inside a private Minecraft server. If you’re hoping to gain entry and check out the performances, keep reading for how to sign in, when the festival starts, and who will be there.

Featuring acts like Steve Aoki, A-Trak, Above & Beyond, Party Pupils, Lane 8, Gryffin, Louis The Child, and more, this 4-day dance music festival is unlike most others. Even though many of the online concerts that have been popping up over the past few months have been free, this is one of the few which you will need to have a paid ticket for if you want to attend. Tickets start at $10, and even though you might sneer at the idea of paying money for a virtual concert, it’s not much to ask for when nearly 1,000 artists are performing live. Rave Family Block Fest: When & where

The Rave Family Block Fest is going live inside Minecraft beginning Thursday morning, July 9 at 10 a.m. EST and is set to run through Monday morning, July 13 at 6 a.m. EST. To access the full list of performers, check out this Google Docs guide. It also provides links to buy a ticket from the artist of your choice. Half of the ticket proceeds go to the artist you select, while another portion of the proceeds will be sent to charities which help with issues such as police brutality, musician’s rights, and more.

There’s a LOT going on at the Rave Family Block Fest this week. With over 65 stages and more than 950 artists performing, you might run into a few conflicts when trying to see all your favorite acts. Luckily, the Rave Family Block Fest will be re-broadcast within Minecraft the following three weekends after the live event so you can go back and catch anything you may have missed the first time around.

How to watch the Rave Family Block Fest

First off, you’ll need to have Minecraft installed on your PC to access the Rave Family Block Fest. Since private servers can’t be easily connected to via Minecraft on consoles, this is the only suggested method of watching the show. Once you have either the Bedrock Edition or Java Edition of Minecraft on your computer, you’ll need to get your name onto a guestlist.

This Google Docs guide which we linked above has all of the guestlist ticket links. Simply click on the link of your favorite artist and you’ll be directed to an EventBrite page where you can buy your ticket. Half of the ticket proceeds go to the artist you’ve chosen.

By signing up for the guestlist, you’ll receive instructions sent to your email address on how to access the festival servers. Your $10 GA Cover Charge ticket includes access to all main festival areas and all artist stages — not only the artist you selected. A VIP add-on for $15 extra allows you access to secret VIP DJ sets, VIP servers, mini games, a custom Rave Family Block Fest game skin, and early public access. There’s also an Early Arrival Group Camping option for $5 which offers early access to the festival along with free entry into the Group Camping Contest.

If you are unable to play Minecraft locally due to an IP ban or location striction, try out a VPN service like ExpressVPN so you can get access today.