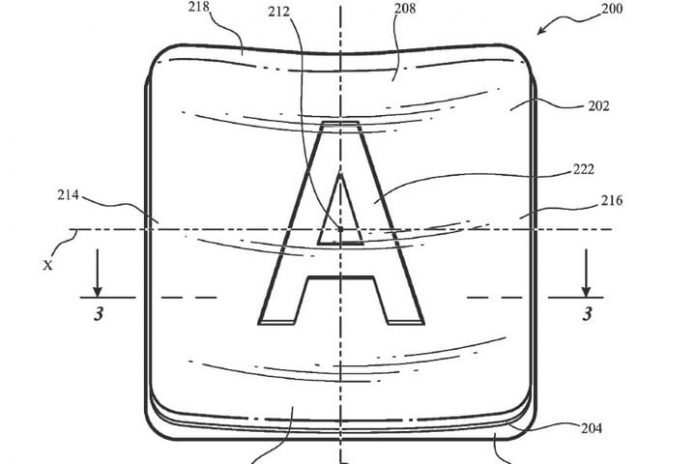 Future Apple MacBooks could come with transparent glass keys, potentially marking the next step in Apple’s ongoing keyboard obsession. At least, that is the indication from a recently published patent belonging to the tech giant for glass keyboard keys.

The patent explains that the glass keycaps would have each letter or symbol printed on their underside, rather than on the top as is common with current keyboards. This would help to prevent the symbols rubbing off over an extended period, meaning your keys would be as clear as the day you bought them for (hopefully) many years.

That is not the only benefit Apple hopes to gain from this new type of keycap. The patent goes on to discuss how glass keys can improve backlighting, too, as their surfaces can reflect and distribute light effectively. This could result in more energy-efficient backlighting that saves on battery life, ultimately allowing you to use your laptop for longer.

Using glass keys — or keys made of a transparent ceramic or polymer — would result in a surface that is much harder to scratch or damage, even over the lengthy life cycles laptops often experience, according to Apple. Each key’s edge could be given a different texture to the middle of the key, making it easier to locate while you are typing.

The inherent solidity of glass could also potentially allow each keycap to be made thinner than current MacBook keys without flexing or bending under pressure. From Apple’s perspective, that can only be a good thing.

One of the main purposes of the butterfly keyboard was to create a more stable, durable keyboard that could stand up to the rigors of daily use without wobbling or declining in quality. While that did not quite work out, it is clearly a goal that Apple has not yet given up on.

For now, Apple is equipping its Macs with the revamped Magic Keyboard, which we feel is a vast improvement over the troublesome butterfly keyboard. Apple regularly files patents and there is no guarantee its idea for glass keycaps will ever make it into a product, but given the improvements it could bring, we have our fingers crossed.

Facebook
Twitter
Pinterest
WhatsApp
Previous articleHere are the best Android phones for students in 2020
Next articleApple MacBook Air, MacBook Pro in the sale bin at Amazon — save up to $250